Considered the third most gay-friendly nation in the world, behind Spain and Germany, it’s not surprising that Canada is home to some of the best and brightest LGBT neighbourhoods. From well-established locales that have helped shape LGBT movements in Canada, to up-and-coming hot spots, these villages represent the inclusivity and diversity that Canada’s known for.

Celebrating the importance of the LGBT movement in Canada with both rallies and parties, these neighbourhoods are a perfect place to enjoy culture and community—make sure you stop by the next time you come out!

The Gay Village, nestled in the area surrounding Church and Wellesley Streets, is home to Canada’s largest gay community. Smack dab in the middle of Toronto’s downtown core, this vibrant village is full of trendy cafés, delicious restaurants, and, of course, gay-friendly shops and nightlife spots. Spanning three city blocks, you’ll feel welcome as soon as you arrive.

The Gay Village prides itself on being alternative and accepting of all walks of life. That can be witnessed at its famous Pride celebration, which in 2016 will span a whole month, from June 1 to July 3. Stop by for a parade or two—from the Trans* March, to the main event, the Pride Parade—or any of the other inclusive and exciting events, like the Cabana Pool Party or the Treehouse Party.

Looking for more friendly Toronto spots? Head over to Queer West, on Queen Street West near Trinity Bellwoods Park. An area known for arts and culture, Queer West boasts the largest concentration of galleries in Toronto and a quintessentially artsy atmosphere. Plus, if you visit in 2017 you’ll be able to check out the Toronto Queer West Film Festival. An added bonus is the area’s thriving nightlife scene that’s home to some of the most open-minded folks in Toronto.

Just east of downtown Montreal, you’ll find Le Village gai, or Montreal’s Gay Village, one of the largest gay villages in North America. With inclusivity and quirkiness at its core, this area of Montreal right near the rainbow-coloured Beaudry Metro Station is home to almost all of the city’s gay businesses, alongside historic architecture and well-loved drag shows. Spend your days in the area’s parks, enjoying public art, as well as the pedestrian-only section of Saint-Catherine Street, that opens up to quaint café patios and shops from June to September. When night falls, check out Mado Cabaret for a colourful evening or Club Unity, the biggest gay club in Montreal, where you’ll find a luxurious rooftop terrace. Of course, you can’t miss Fierté Montreal, the city’s week-long Pride festival.

If you’re into the laidback vibe of the West Coast, then you’ll feel at home in Gay-Friendly Vancouver. Anchored by the Davie Street Village, home to Canada’s first and only permanent rainbow crosswalk, you’ll find people and nightlife as colourful as the street below your feet. In Vancouver’s West End, just south-west of the downtown core, you’ll be greeted by pink bus stops and rainbow banners, as well as gay businesses, gay-friendly events, and over 30 Travel Alternatives Group (TAG) hotels. Plus, Davie Street, is just up from the beach. Now that’s a major bonus, especially when it comes to the August Long Weekend Pride festival, which snakes through the Village past many sandy spots, making for the perfect parade.

Wander around Stanley Park, named the World’s Top Park by TripAdvisor, during the day, making sure you stop at the famous Little Sister’s Book & Art Emporium on the way back. Then head to the Village for the legendary nachos at the Fountainhead Pub and a night of dancing and meeting new friends at the community bar, The Pumpjack. Considered “Canada’s Most Gay-Friendly City” according to Condé Nast Traveler, we understand why so many people love Vancouver.

Not quite as established as some of the others on this list, Edmonton’s Jasper Avenue is a burgeoning LGBT neighbourhood. As a kind of de facto gay village, this area of the city is home to a half a dozen gay businesses and an equal number of bars and clubs—and this number is only growing. The scene is small, but fun and is invigorated by the yearly Pride celebrations, which are held in an adjacent neighbourhood.

Winnipeg’s LGBT community has flourished alongside its ever-growing arts and culture scene. Known as one of Winnipeg’s hippest areas, Osborne Village is home to the city’s coolest spots for food, theatre, and culture. Pride Winnipeg is the main event in this central Canadian neighbourhood. Running over the course of 10 days, the festival is one of the last ones established in Canada, but being late to the party hasn’t stunted the popularity. The Pride of the Prairies features a specialty Queer Beer made for the occasion, a Pride Festival at The Forks, and a parade (of course).

If you’re not in town for Pride, be sure to cruise down Osborne Street and check out the local shops and yoga studios. You can also plan to be in town for the Reel Pride Film Festival, which celebrates the arts community with film showings around the city. Keen to extend your adventure to other parts of the city? Be sure to check out the Canadian Museum for Human Rights or a guided public art tour to really understand the creative hub of Canada’s prairie provinces.

From east to west, Canada boasts some all-inclusive spots for LGBT individuals everywhere. Check out one of these neighbourhoods and experience the vibrancy and diversity of this northern escape. 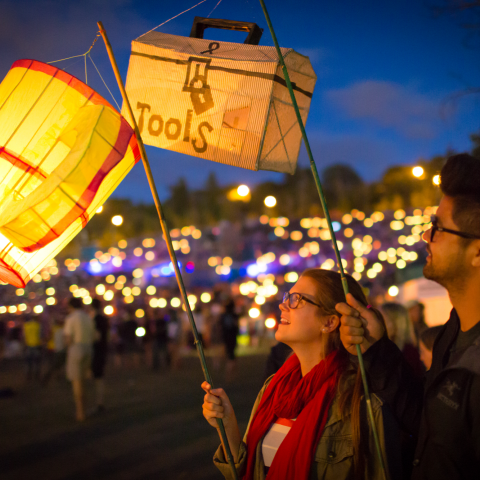 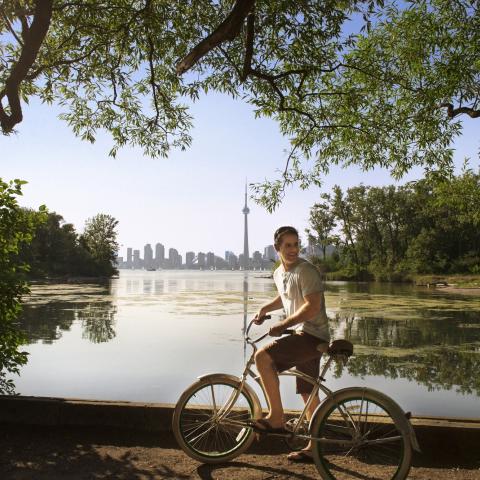 6 of the Best Parks in Toronto