By Zoë Dawes
Zoë Dawes is an award-winning travel writer and blogger based out of the UK.

"Sagebrush had many uses for the Osoyoos people. It had healing properties and was said to prevent infection, cure headaches and get rid of negative energy. It could also be woven into clothing and was used to smoke hides.” Barbara, our guide around the Nk’Mip Desert Cultural Centre, picked a few deep purple berries from a small tree growing behind a tipi. “The Saskatoon Berry is one of my favourite native fruits; they make great jam and fillings for pies. The Osoyoos people used them as flavouring for pemmican (dried meat).”

When thinking of Canada, the word ‘desert’ doesn’t usually spring to mind, yet here I was in a semi-desert landscape, walking in hot June sunshine through a scrubby, fairly arid hill-side, keeping an eye out for rattlesnakes. Barbara was a font of local knowledge, bringing to life hundreds of years of Canadian First Nations history at this unique destination in south British Columbia. Barbara explained, “The Western Rattlesnake is a protected species here. We’ve got a few hundred rattlesnakes as well as four other species of snakes. We run a comprehensive education programme as well as workshops and talks for visitors.” I was nervous at first but she reassured us that that they were very shy and by the end of our walk I was disappointed not to have seen one of these elusive rattlers.

I was at the start of a two-week road trip across Canada with my travelling companion, photographer Alison Bailey. We’d picked up our RV (Recreational Vehicle) from Cruise Canada in Vancouver and had driven to Osoyoos at the end of the Okanagan Valley on the Canada/USA border. We were staying a couple of days at the Nk’Mip RV Park and Campground, on the shores of Osoyoos Lake. Nk’Mip, pronounced ‘in-KA-meep’ means ‘bottomland’, referring to its position at the end of the lake. The Osoyoos Indian Band own all the land in this area and have developed the Campground, the Desert Cultural Centre, the luxurious Nk’Mip Resort and the Nk’Mip Cellars. The climate makes it a great area for growing grapes and the award-winning winery produces some very quaffable wines.

I loved the superb sculptures places all around the Resort by First Nations artist Smoker Marchand. At the entrance to the Desert Cultural Centre stands ‘The Chief’, arms uplifted to the skies, his horse standing proud against the sky. Throughout the grounds various metal figures demonstrate traditional crafts from tending the Sweat Lodge to tanning hides and collecting food. In the cellars of the winery there’s a canoe complete with First Nation figures of a Chieftain, a Brave, a Mother and a Maiden. A metal Coyote howls to the four winds with its two cubs beside it. A charming film in the Visitor Centre tells the story of how a young girl came to stay on the Osoyoos land and encountered Coyote Spirit, helping her to connect with her heritage. We found it very moving to experience this unique culture for ourselves.

Towards the end of our memorable road trip from Vancouver to Calgary, which took in the majestic Rockies, we learnt more about Canada’s First Nations at a totally different site amidst the plains of Alberta. Head-Smashed-In-Buffalo-Jump is a UNESCO World Heritage Site, that is ‘possibly the oldest, largest and best preserved of the many buffalo jump sites across the Western Plains.’ Using archaeological evidence, the site demonstrates how, for centuries, the early Plains People, including the Blackfoot, lured buffalo to their death, tumbling down the cliff side, before butchering them and processing every part of the animal for food, shelter, clothing, tool and household items.

We were surprised to see how relatively shallow the ‘jump’ was. From the display boards we learnt that, though originally over 20 metres high, deposits of buffalo bones over thousands of years have caused only 10 metres of exposed cliff to be visible today. Amidst fertile countryside spreading out for miles around, it is easy to imagine thousands of buffalo roaming this land.

Over 5 floors, the Interpretive Centre showed us in great detail exactly how this would have been. A beautiful slide show called Napi’s People illustrates how they lived in harmony with the world around them, their ceremonies and their family life. The Buffalo Hunt is explained in detail and the film ‘Pis’kun – The Buffalo Jump’ recreates the exactly how the buffalo hunt worked. In a dramatic exhibit, three buffalo peer over the edge of the cliff, seconds before they fall to their doom.

Head-Smashed-in-Buffalo-Jump has one of the best exhibition centres I have ever seen, combining education with history and culture in a clear, simple and imaginative way. It was well-worth the two-hour detour from Banff to Calgary and remains one of the most significant sights on a trip that was choc-a-block with memorable experiences. 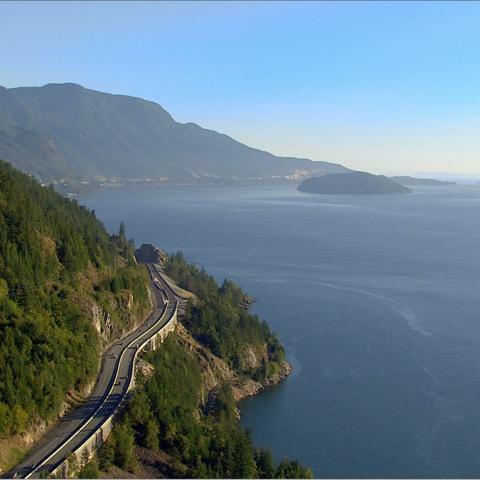 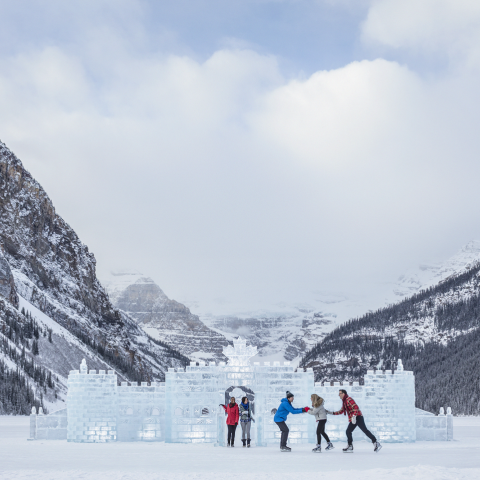