Check out the Lobster Trail which showcases over 40 Nova Scotian restaurants serving up everything from traditional lobster dinners to lobster rolls, lobster poutine and lobster tacos, to name a few. Make it your mission to try as many as possible while visiting Nova Scotia. You can even try out lobster craft beer, aptly named Crustacean Elation from Saltbox Brewer, as well as hand-churned lobster ice cream from Get the Scoop, both located in Mahone Bay.

If that’s not enough, get hands-on as you experience the lobster fishery for yourself. Head out for a morning lobster fishing with a real-life captain and crew to see the hard work and passion that goes into bringing these tasty crustaceans to your table. Haven’t quite got your sea legs? Not to worry, there are plenty of lobster adventures available on land. Watch the rise and fall of the world’s highest tides of the Bay of Fundy at Hall’s Harbour Lobster Pound as you enjoy your wharfside lobster dinner; gather seawater and help a chef prepare a lobster boil on the shore; visit local wharves and chat with fishermen during Living Wharves events in the Yarmouth area; dig into a rustic lobster dinner on the beach in Cape Breton Highlands National Park; or pay a visit to the Lobster Capital of Canada in Barrington.

If your lobster love runs deep, head to the South Shore during the month of February for the annual Nova Scotia Lobster Crawl. From Barrington to Peggy’s Cove, sip, savour, shop, stay and enjoy more than 100 amazing lobster experiences while you sample dozens of variations of the traditional lobster roll and lobster-infused dishes at participating restaurants. Don’t miss the Lobster Roll Challenge, Craft Beer Festival, Chowder Showdown and even go lobster fishing!

Enjoy fresh lobster with hundreds of your closest friends and family at the Shediac Lobster Festival.

The French also settled in this area of the Atlantic and their descendants are especially concentrated in New Brunswick, Canada’s only officially bilingual province. The Acadians were French colonists who were expelled by the British between 1755 and 1762. Most of the displaced “Cadiens” (Cajuns) settled south in Louisiana, but thousands missed the north and gradually returned, most of them to New Brunswick, where a third of the population is Acadian.

While the Cajuns have crawfish, the Acadians have lobster. It’s no surprise that New Brunswick’s Shediac Lobster Festival has an Acadian flavour mixed into its celebration of fun, food, friends and family. Every July, Shediac, the “Lobster Capital of the World,” hosts all-you-can eat lobster picnics, lobster-eating contests and lobster-themed parades. With a world record for the longest lobster roll and an infamous ‘long table dinner’ which serves over 1,000 lobsters, there’s no danger of going hungry. The festivities accompanying the Lobster include Acadian music nights, as well as Celtic and First Nations’ influenced events.

Another delicious season in the Acadian calendar is the oyster harvest, which begins in September and goes until the end of November. The freshest route to oysters is the Acadian Coastal Drive, a scenic route running north-south along the eastern coast of New Brunswick past beaches, fishing villages and picturesque coastal towns. And at every stop of the way, you’ll encounter oysters and Acadian delicacies.

Learn how to shuck an oyster during the oyster harvest in Atlantic Canada.

On Prince Edward Island, or P.E.I., the lobster trap challenge is an example of how people celebrate the lobster harvest. Dozens of competitors run across a string of lobster traps, trying not to fall into the water. The traps are a symbol of P.E.I.’s deep connection to lobster fishing. For generations, if a fisherman wasn’t out on the water hauling lobsters, he was on land building traps. The event is part of the Summerside Lobster Festival at the end of July, which is full of challenges from sand castle building to cook-offs. And of course, lots of lobster.

As September rolls around, the International Shellfish Festival in Charlottetown brings music, mussels, oysters, and the much anticipated live oyster shucking competitions. And as Autumn sets in, the Fall Flavours Festival marks a province-wide celebration of culinary wonders. There’s everything from smoking and pickling workshops to oyster tonging and fine dining courtesy of top chefs.

The festival celebrates the island known as the, ‘Garden of the Gulf.” Take the combination of rich soil perfect for producing fruits, vegetables, meat, and dairy products and waters teeming with fish, lobster, oysters, and other shellfish and then combine it with the relative isolation from the mainland and you have a food scene with its own unique flavours.

Chef Michael Smith, who has been an international ambassador for P.E.I.’s food scene, is thrilled about P.E.I.’s move towards foraged ingredients, which has a rich tradition in P.E.I. and the elsewhere in Canada.

Have you tried iceberg beer before?

Chefs in Newfoundland and Labrador are also championing food foraging. The province has a history of humble cuisine built around transforming what you find around you.

The traditions that are inspiring them are celebrated at festivals like the Songs, Stages and Seafood Festival in Bay Roberts in mid-June, or the province’s biggest folk celebration, the Fish Fun & Folk Festival in Twillingate in late July. Here fishing is a skill passed from father to son that represents independence and a connection with the sea. Both festivals link present and past — when two-masted schooners used to to bring in the day’s catch alongside small wooden oats — through music, traditional dance, and community banquets.

The province’s coast also lies on the path of hundreds of icebergs that flow down from the Greenland icecap. The Titanic struck one here a century ago. Today, folks here have incorporated icebergs into culinary culture in the form of iceberg beer. The icebergs formed 10,000 to 50,000 years ago so the water inside is some of the purest on earth with no detectable mineral content. The brewmasters at Quidi Vidi Brewery, near St. John’s, discovered this makes very refreshing beer.

A pint of iceberg beer is a must at the Iceberg Festival in St. Anthony in June, which celebrates spring and the annual arrival of icebergs. The festival weaves together everything from wild Vikings history to foot-stomping Celtic music with visits in zodiacs out to the icebergs. It’s all topped off with by fresh seafood and re-creations of Viking feasts. 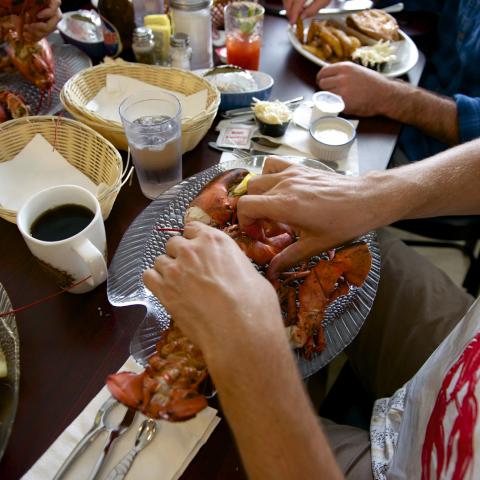 9 Acadian Foods You Have to Try in New Brunswick 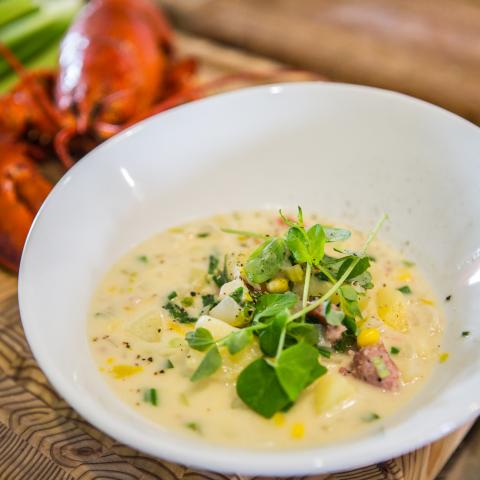