You’ve tried Thai and Indian cooking classes, but what about seafood? Generations of Bluenosers have been cooking from the bounty of the sea, and that’s the sole focus at the seafood cooking school at Trout Point Lodge, Nova Scotia. Pros at this upscale wilderness lodge teach guests New World French techniques and Acadian traditions. They go over when scallops and lobsters are in season, how to select the best oysters and mussels, and how to best prepare them all.

Learn how to shuck P.E.I Malpeque oysters fresh off the boat at the P.E.I Shellfish Festival.

Salmon with your squall? Luxury lodge Wickaninnish Inn in Tofino, B.C. is famous for storm watching as pastime. You’ll be cozy inside The Pointe Restaurant perched right at the edge of the Pacific as 20-foot waves pound the shore. Try local delicacies such as dashi-braised Pacific octopus and boiled Dungeness crab.

Manitoba calls its Francophone Festival du Voyageur, “the world’s largest kitchen party.” Food, fun and French-Canadian heritage are on the agenda at this 10 day February fest on the snowy streets of Winnipeg. Sample poutine, traditional fortified wine and other regional gastronomy. There are unique attractions like a 19th Century fur trading outpost, six-metre-tall snow sculptures, fiddling, jigging and beard growing contests, plus a fancy ball with five-course dinner at the Fort Garry Hotel.

Since Northern Saskatchewan boasts 50 pound trout, it makes sense that this area is a must for fly-in, catch-and-release fishermen. Angle for monster pike, huge trout, and feisty Arctic grayling from the base at luxurious Milton Lake Lodge. You get to eat the fish too. Meals are a highlight, as your guide whips up a shore lunch or the chef spoils you with a gourmet meal.

7. All About the Beef

Calgary’s food scene is hot. And chefs are dabbling in all kinds of fusion and hautecuisine. But don’t overlook the beef — it’s what gave Alberta’s Big Smoke the nickname “Cowtown.” Calgary is Canada’s steakhouse capital with 100 such establishments. Order a tender steak or a slider at one of the city’s trendy burger bars.

Ontario’s beautiful Niagara-on-the-Lake is the place to taste ice wine, and one of Canada’s two major wine producing regions with 200-plus wineries (the other is B.C.’s Okanagan). “Seasonal, sizzling and sexy” is the motto at Wine Country Cooking School. It’s all about pairing fresh local ingredients with wines from nearby vineyards — strawberries and chardonnay in June; spicy pork with lime-and-hazelnut-nose gewürztraminer in August. Visit top growers and sign up for tutored tastings.

Northerners love “country foods.” You might too. Tuck into some classics like caribou, muskox, elk, smoked Artic char and wild cranberries prepared by a chef with respect for the ingredients and a command of classic technique. The thing that’s so fabulous about the Yukon Territory’s Boréale Explorers is that the gourmet fare is as spectacular as the mountain biking, hiking and paddling under 20 hours of Summer Solstice daylight, not to mention the stylish eco-yurt lodging. Chefs whip margaritas in a bicycle-powered blender.

Toonik Tyme is for those who like local flavour. This is an unpretentious, week-long community celebration in Iqaluit, Nunavut. Not only can you try muktuk (whale skin and blubber), bannock bread with tundra blueberry jam and caribou stew, you can listen to traditional throat singing and storytelling. Try a dogsledding race or play ice golf. Shop the “country food” market for fresh musk ox, caribou and Artic char. The city is 60 per cent Inuit, so it’s your chance to rub elbows with the locals. 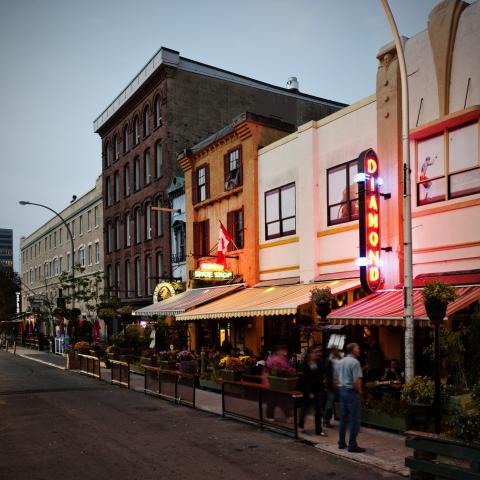 How to Enjoy a Progressive Dinner in Halifax, Nova Scotia 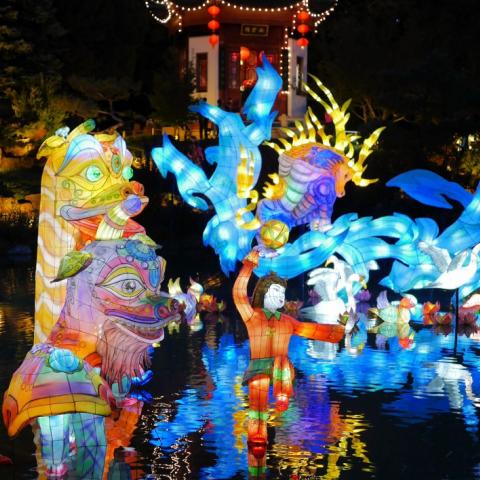 A Weekend in Montreal