Big buildings, big festivals, and big adventure fill one of Canada’s biggest provinces. No wonder so many people come to visit.

You might think that if you’ve seen Niagara Falls once, you’ve seen it all. But the roar of the water as you approach it, the mist you feel on your face as you look up 50m at a true natural wonder, and the sheer power of the falls that you can feel to your bones—you’ll never get tired of that! And there are plenty of different ways to experience Niagara Falls. Taking a boat ride with Hornblower Niagara Cruises for an up-close and soggy view might be the most classic approach, but you can also zipline towards them on the new MistRider Zipline to the Falls or Journey Behind the Falls, travelling through tunnels until you’re literally behind a wall of water. Or maybe you want to see them from above with Niagara Helicopters, or wait until night when the Falls light up in colour. Throw in all the attractions and entertainment in the surrounding neighborhood, and you start to realise why a classic stays a classic.

The CN Tower is one of Canada’s most well-known landmarks, but a visit to the 553m-tall building isn’t just about the view. Those who feel a bit bold can walk across the Glass Floor, only 2.5 inches thick, 113 storeys above the ground. Those who are feeling even more bold might travel up another 33 storeys to the SkyPod observation platform for the best views of the city. But the real draw—the attraction unlike anything else in the world—is the EdgeWalk. Strap on a harness, head outside the tower, and walk along the building’s edge with nothing but air between you and the ground. This is not for those with a fear of heights or the faint-of-heart; it’s for thrill-seekers who want a serious adrenaline rush, and the chance to tell their friends they did the highest hands-free walk in the world.

If you were to make a list of all the outdoor activities you can think of, you could probably find at least 90 percent of them in Algonquin Park. Ontario’s very first provincial park is overflowing with activities for every ability and preference. In the warmer seasons, you’ve got backcountry camping, hiking, biking, boating, fishing, picnicking, swimming, whitewater canoeing, and wildlife watching (say that five times fast!). In the winter, you can add on cross country skiing, snowmobiling, and dog sledding. There are over 1,500 lakes and nearly 750 miles of streams and rivers located within the park, and you’ll find over 1,200 campsites dotted along their shores. In other words, there’s no shortage of reasons to visit.

Canada’s capital city and cultural centre. A blend of English (British) and French cultures, the city is energized by a cosmopolitan vibe that celebrates Canada’s achievements with historical sites, festivals, and cultural attractions. An undeniable focal point in downtown Ottawa is Canada’s Parliament Hill, which may remind you of the British Parliament. In the summer, witness the Changing of the Guard each morning and the free 30-minute Sound and Light Show every night; the show projects stories about the history of Canada onto the Parliament Buildings. Or, participate in Yoga on the Hill if you are there on a Wednesday.

In Ottawa, you can also experience engaging national museums, such as the Canadian Museum of History or the National Gallery of Canada. If you’d rather be outside, there are many green spaces in the city. The Rideau Canal, a UNESCO World Heritage Site, runs right through the centre of the city. Take a guided city tour by bike, hop on a boat cruise or discover the canal by kayak.

Northwest of the nation’s capital, the Ottawa River surges through the Canadian Shield. This waterway, once crossed by First Nations people and European fur traders, is now home to pure whitewater adventure. The Ottawa Valley is known as the Whitewater Capital of Canada. Choose one of the local rafting companies and, with experienced guides at the helm, safely splash and roll through one of the world’s great whitewater routes. The difficulty and force of the river varies, so you don’t need to be an experienced paddler to enjoy being on the water. Just hop in the boat and enjoy yourself.

Located on the St. Lawrence River, which separates Ontario from the USA, the 1000 Islands region is rich with scenery and history!  Most people will hop on a boat tour and learn about the region’s checkered past, from pirates and bootleggers to the politicians who lived and travelled there. Marvel at the castles and mansions where the rich and famous came to play on weekends. Take advantage of all the opportunities for outdoor adventure. Scuba dive among the 200 shipwrecks in the region or go fishing for the big one. There are also 30 public golf courses in the area and plenty of kayaking and canoeing opportunities. Stroll the streets of Kingston, marvel at the 19th-centry limestone architecture, and explore historical sites. Or just relax and enjoy the beautiful setting with some local food and drinks.

Ontario has an abundance of quaint small towns that dot its highways and byways. Take the time to experience country life here. Niagara-on-the-Lake (just 20 minutes from Niagara Falls, in the heart of wine country) must be the most visited small town; beautifully located on Lake Ontario, it charms with lovely gardens, pretty shops, and majestic homes, as well as boutique hotels and horse drawn carriages. St. Jacobs intrigues with the living history of Mennonites and their massive farmers’ market, existing next to modern boutiques and shops. Stratford impresses with its rich cultural offering of The Stratford Festival, the leading classic repertory theatre in North America, which runs from April to November. You can see a multitude of high-quality theatre productions, crossing genres and generations, from Shakespeare to Molière, tragedy to comedy, or choreographed musicals. Port Hope or Bayfield are just two more examples of Ontario’s small town gems.

Ontario’s landscape bursts with a rich pageant of fall colours from mid-September until late October. You can see the brilliant colours across the province not only in our parks and natural habitats, but also in our urban centres and towns. The colour change starts first in the North, where the Agawa Canyon Tour Train is a spectacular way to travel through the heart of the Canadian Shield and see the forests ablaze in bright reds, orange, and yellow hues, setting a nice contrast to the blues of the lakes and rivers. Algonquin Park is another hot spot for dazzling colours and scenery. The Niagara area is one of the last to change colours, adding a different dimension to the Niagara Gorge and vineyards.

The Great Spirit Circle Trail is a true cultural experience, introducing visitors to the lives of the First Nations Anishinaabe people of Manitoulin Island, the largest freshwater lake island in the world. From waterfalls to breathtaking views, the natural beauty of the island is only surpassed by the culture and tradition that it houses. Seven First Nations reserves can be found on Manitoulin, and the rich Aboriginal history is extremely important to all of its residents. The Great Spirit Circle Trail puts you in the hands of an experienced local guide, who will explain the history of the island, its nature, and its peoples. Hear their stories, share in their food, and even take part in a traditional ceremony.

Ontario celebrates a rich and colorful past at recreated heritage sites where costumed interpreters engage you in an unforgettable experience. Enter the wooden gates of Fort Henry (a UNESCO world heritage site) that transports you into British military life of the early 1800s. Don’t miss the Sunset Ceremonies or participate in a barrack’s dinner. Visit Upper Canada Village in Morrisburg to learn how 19th century settlers carved out a new life in the wilderness. Explore Ontario’s first European settlement, Sainte-Marie among the Hurons near Midland, and experience the French Jesuits’ interaction with the First Nations. Finally, travel 200 years back in time and live the life of a fur trapping voyageur at Fort William Historical Park. The park was headquarters of the North West Company’s inland fur trade during the early 1800s—a trade which played a key role in the foundations of Canada. 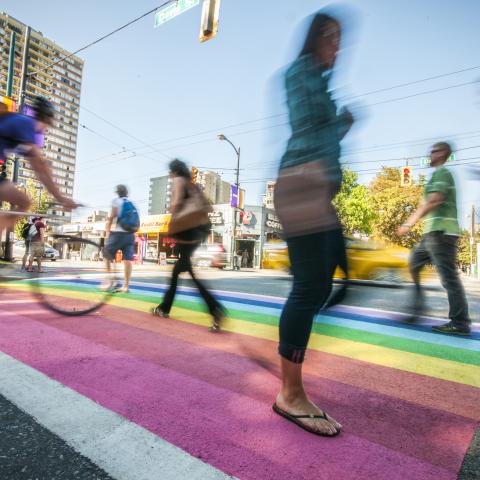 5 LGBT Neighbourhoods to Explore Across Canada 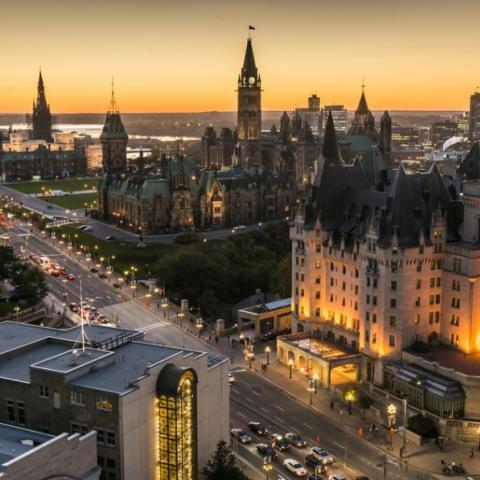 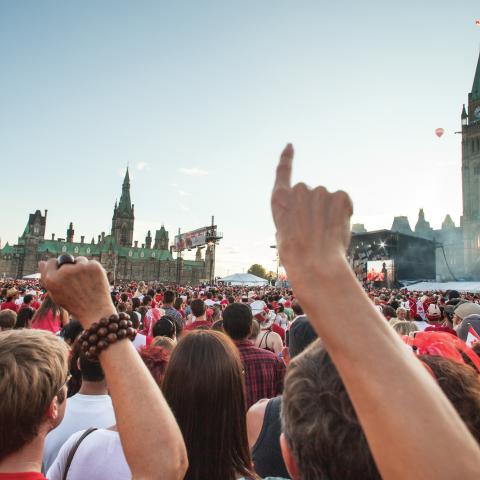 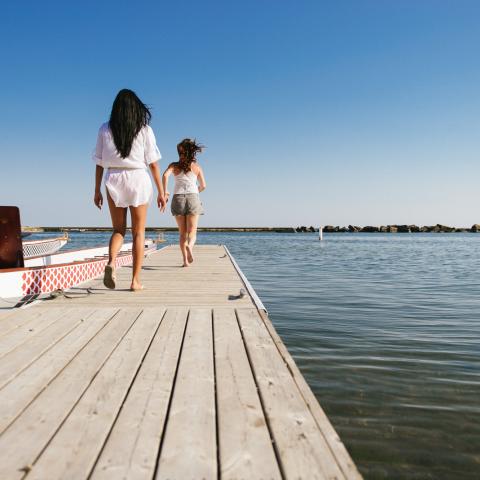