Vancouver is where incomparable nature and urban entertainment overlap and intertwine, ensuring you’ll never be bored.

Stanley Park is the icing on the metaphorical cake of downtown Vancouver. The 1,000-acre park provides a green escape from the urban setting, and is brimming with activities that you can take in year-round. Walk the famous Seawall for unparalleled views of the Burrard Inlet or head inland and marvel at the giant trees that still live in this preserved forest. Tan on one of the beaches in the morning and then play a round of pitch-and-putt in the afternoon. Stand beside the awe-inspiring totem poles and learn about the First Nations that lived on this land. Or grab a lunch at one of the restaurants in the park then head to the aquarium to spend the day. Stanley Park has been a star attraction for over 125 years. There’s no stopping it now.

Granville Island is home to a variety of local foods

No, not only trolls live under bridges. Beneath a major bridge near downtown Vancouver you’ll find a hotspot of dining, shopping and entertainment. Granville Island is a buzzing community full of artisans creating unique gifts, passionate foodies sharing the fruits of their labour, and aspiring musicians perfecting their craft. There’s always something happening on the island. You can stop in for a beer or spend the entire day browsing stores, treating your senses at the Public Market, and taking in the entertainment. Whatever you do, just don’t skip it.

Overcome your fear of heights in style, with the help of the almost 140m Capilano Suspension Bridge, which hangs 70m above the rushing Capilano River. Once you’ve conquered the big bridge, the Cliffwalk—a series of cliff side suspended and cantilevered walkways above the rainforest—won’t seem so daunting, right? And after those two experiences, the Treetops Adventure—seven bridges suspended by 250-year-old Douglas firs 34m above the forest floor—will really be a piece of cake. You get the picture. Capilano Suspension Bridge Park is full of adrenaline-pumping attractions that immerse you in the beautiful outdoors.

Home to over 50,000 creatures, the Vancouver Aquarium is what you might call an animal-lover’s playground. From friendly sea otters to bright jellyfish, get up close and personal with wildlife from across the globe. Or buy tickets to one of the After Hours events and enjoy the aquarium with a drink in a hand and no kids running around. Oh, and don’t forget to see if you can find Nemo.

At just over 13.5 miles, the Seawall is part of the longest uninterrupted waterfront path in the world. The seawall is a massively popular recreational route for walkers, joggers, and cyclists, and it’s not hard to see why. Along the path you’ll get beautiful views of English Bay and the mountain ranges that lie beyond Vancouver. You’ll trace the outside of gorgeous Stanley Park, maybe stopping for photos of curious sea otters and harbour seals or the beautiful Siwash Rock. You might hop off the route at one of a handful of beaches along the route for a picnic or a swim, or pop into a restaurant for a dining experience with a view. If there’s sun in the sky, and you want to enjoy the outdoors, the Seawall is hard to beat.

Instead of enjoying the beautiful mountain scenery from within the city, take a short drive or hop on a bus, and go and enjoy it in person. Grouse Mountain is just 15 minutes from downtown Vancouver, but offers everything you could want from a mountain. In the winter, hit the slopes for a few hours before enjoying a mountain-top après-ski. In the summer, hike or take the gondola up, watch a lumberjack show and say hi to Grinder and Coola, the two rescued orphan grizzly bears who live in a fenced-in wildlife reserve.

The Museum of Anthropology contains one of the finest displays of First Nations art in the world, all in a breathtaking setting overlooking the water and mountains of British Columbia. Located on ancestral Musqueam land, the museum strives to showcase the incredible culture and traditions of these First Nations hosts. Their artwork is the first thing to greet you as you walk through the front doors, and as you enter the Great Hall, you’ll be awed by massive, intricate totem poles. Over 10,000 culturally significant objects from around the world are on display in the museum’s galleries, and touring exhibits help bring fresh perspectives to the rich permanent collection. If you want to immerse yourself in the origins of Canada’s West Coast, this is the place.

Did you know that you can see all of Canada from Vancouver? No, not from the top of a mountain, but from the comfort of a seat. FlyOver Canada is a flight simulation ride that brings you across this great country, from the Prairies to the Atlantic Ocean and back to Vancouver—all in less than 10 minutes. You’ll feel the wind in your hair, the mist against your skin, smell the outdoor air and really feel like you’re flying for the first time.

If you want to see all of Vancouver, and you genuinely mean ALL of Vancouver, your best option is to book a flightseeing tour with Harbour Air Seaplanes. Harbour Air is part of the world’s largest all-seaplane airline, and offers a number of different sightseeing options, that you can pick based on your mood. Book one of their Vancouver Panorama tours and take a quick flight over the city and surrounding mountains, with your camera at the ready. Or travel in real style with their Fly ‘n’ Dine tour, which includes a quick flight to Horseshoe Bay, a three-course meal, and a limo ride back into town. Feeling more adventurous? Try the Alpine Lakes and Glacier tour for an unbelievable flight over the peaks of Mount Mamquam and a remote alpine lake.

The 55-acre VanDusen Botanical Garden is considered one of the 10 best public gardens in North America. More of a work of art than a garden, VanDusen displays 255,000 individual plants from across the globe in a gorgeous setting. Woodlands and five lakes frame the grounds, but the unique climate of Vancouver allows plants from the Arctic Tundra to the Himalayas to the Tropics of South America to bloom at different points throughout the year. With the flora comes the fauna. Animals, from amphibians to 65 species of birds, make the Garden their home. Visitors can also enjoy an Elizabethan-style Maze, the botanical and horticultural library, and the many totem poles and sculptures scattered throughout the garden. 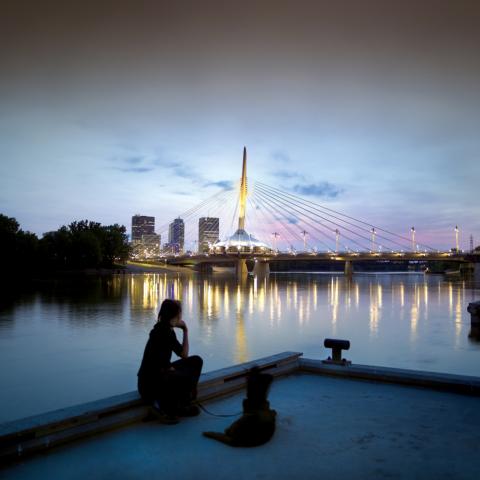 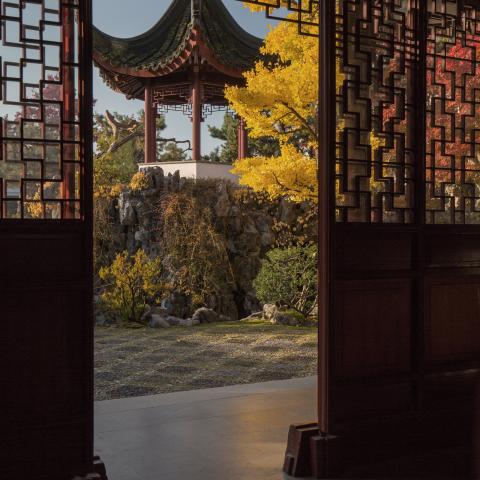 Top 10 Things to Do in Vancouver in the Fall 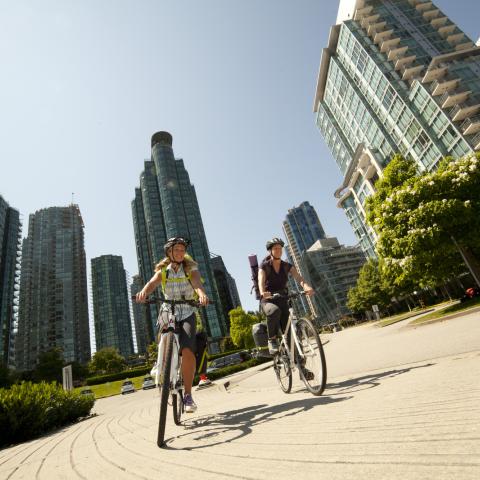 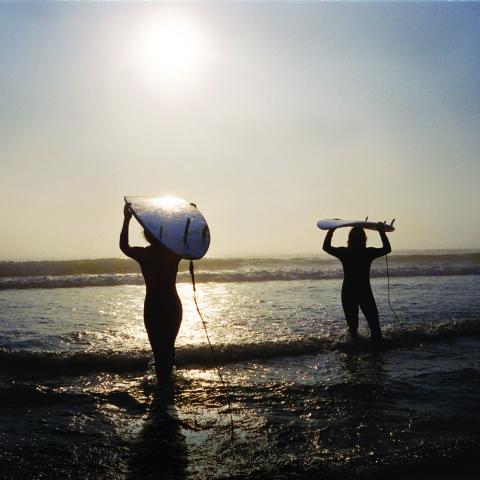